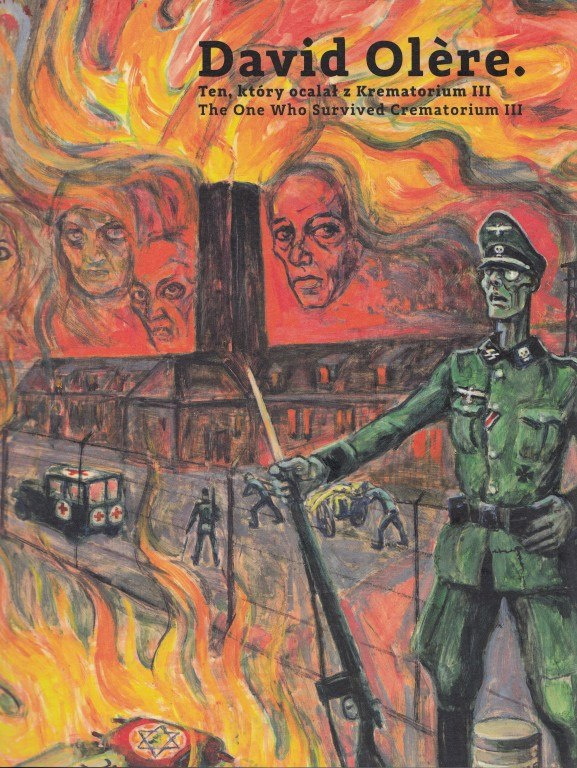 David Olère’s work is shocking evidence of one of the greatest crimes in the 20th century – the Shoah in Auschwitz.

David Olère’s work is shocking evidence of one of the greatest crimes in the 20th century – the Shoah in Auschwitz.

David Olère (1902-1985) – a Polish-born French Jewish painter and sculptor. In March 1943, he was deported to the Auschwitz camp and assigned to the so-called Sonderkommando, a special group of prisoners, mainly Jews, who were forced to burn the bodies of those murdered in the gas chambers. The artist witnessed the death of the victims. The experience left an indelible mark on his memory. Shortly after the war, he created 70 documentary drawings which later served as model for shocking oil paintings.

The catalogue accompanying the exhibition, David Olère. The One Who Survived Crematorium III, displayed at the Auschwitz-Birkenau State Museum in Oświęcim from October 2018 to March 2019, has been created in cooperation with Serge Klarsfeld. The publication includes almost all unique works depicting the artist’s traumatic experience in the camp. Additionally, the catalogue is supplemented with historical background as well as excerpts from Sonderkommando members’ accounts and notes that are interpretation guidelines to help a viewer better understand exhibited works.

This publication is available in Polish-English version.