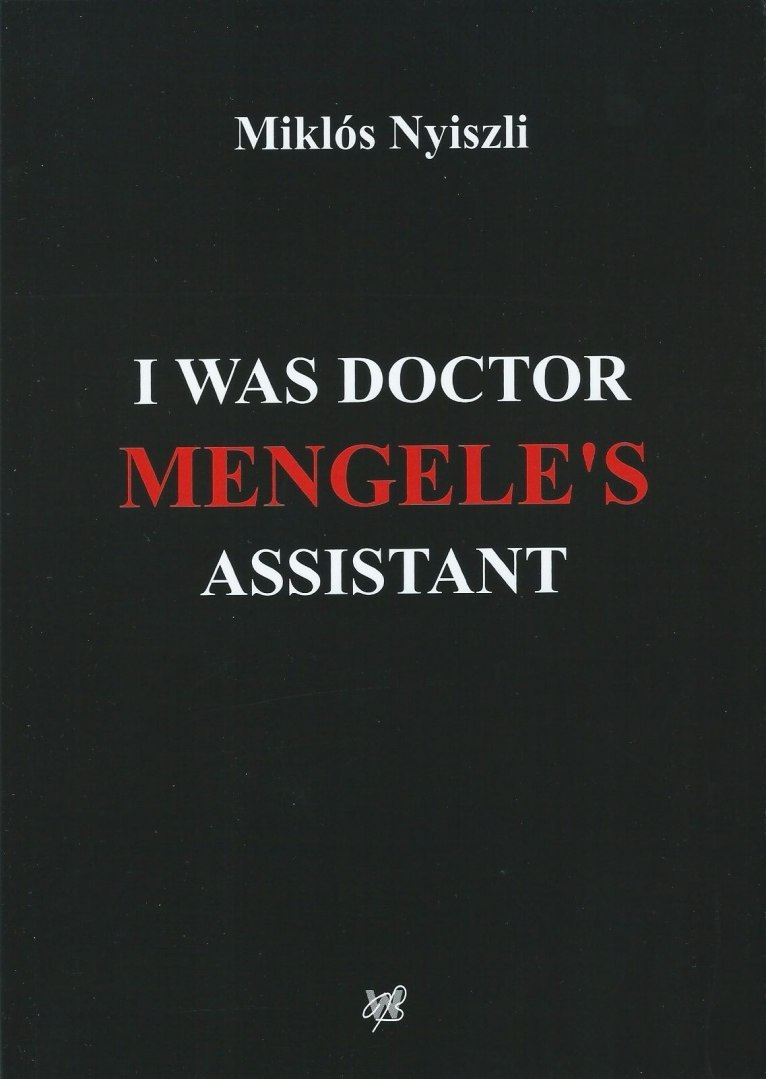 The memoirs of Jewish physician, former prisoner of Auschwitz, who lived and worked at crematoria and gas chambers at Auschwitz. He was eyewitness of mass murders, who every day contacted and spoke to SS killers, and knew the most important camp secrets.

The memoirs of Jewish physician, former prisoner of Auschwitz, who lived and worked at crematoria and gas chambers at Auschwitz. He was eyewitness of mass murders, who every day contacted and spoke to SS killers, and knew the most important camp secrets. The excerpts from the memories: "There was a pile of corpses in the gas chamber of Crematorium I. The Sonderkommando had begun to pull them down. The whirr of the lift and the sound of its slamming door reached my room. Work was proceeding at full pace. The gas chamber had to be emptied immediately, for another transport was due to arrive. Suddenly the Vorarbeiter of the Gaskommando burst into by room and excitedly informed me that in among the corpses they had found a woman who was still alive. I grabbed my medical bag, which was always kept close at hand, and rushed downstairs to the gas chamber.(...)" "-People, the order here states that because you have worked hard, you will now be moved to a labour camp. There you will receive good clothes, lots of food and light work. The men whose numbers I read out are to come forward and form a line! Next he proceeded to read out the numbers. There were a hundred Hungarians at Crematorium III and their numbers were called out first. These were the newest prisoners at the camp and they meekly obeyed the order. There was more fear than courage in them. A group of SS-men immediately escorted the Hungarians out of the courtyard. They were locked up in Block 13 of section BIId. After they had been taken away, the calling out of numbers at Crematorium III continued. It was now the turn of the Greeks. These were discernibly less willing to follow SS-man's order and stand in line as the prisoners before them had done. Then came the turn of the Poles. As their numbers began to be called out angry murmuring erupted in that group and then some of them even started shouting. The SS-man read out the next number. No one moved! As the officer was looking round to see what the problem was, a mineral-water bottle suddenly landed at his feet. There followed and violent explosion. Seven SS-men, including the commander, fell to the ground. Some were dead, the others wounded. The bottle had been filled with ecrasite and it had been thrown by the Poles. The SS-men opened their deadly fire at the rebels, who fled back into the crematorium building. From there they started throwing more ecrasite-filled bottles out of windows onto the courtyard. Without hesitation, the SS unit shot the Greeks still standing in a line. A few of them tried to escape, but the bullets reached them at the gate. Next, with guns constantly blazing, the SS-men proceeded to storm the entrance to Crematorium III. It was a difficult task because the Poles were putting up fierce resistance. Ecrasite-filled bottles were flying out of the windows one after the other and the powerful explosions denied access to the building. And then there was a detonation, far stronger and more terrifying than any before, which threw to ground the SS-men who had got closest to the building. The crematorium roof burst open and amid flames and smoke hundreds of rafters were thrust high up into the air. All this had been caused by the ignition of four huge drums of petrol.(...)"