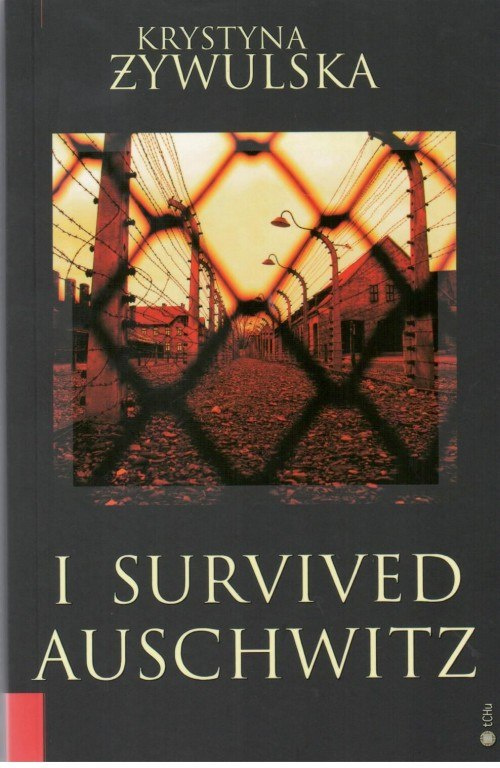 "Zosha beckoned to me through the window. I ran out to her. 'Krysha you must look. It's horrible, but you must see it. You must remember it forever.' Zosha accentuated each word

"Zosha beckoned to me through the window. I ran out to her. 'Krysha you must look. It's horrible, but you must see it. You must remember it forever.' Zosha accentuated each word. She pulled me by the hand. Some of our girls were already standing on the road. They were pale and rigid, their eyes were turned in the direction of the nearest crematory. A ladder had been placed at the small window of the crematory. An SS man stood on the highest rung. His green uniform was crearly visible in the fading light. He put on his gas mask with a quick, nimble gesture, pulled on his gloves and opened the window. He raised himself to look inside and then swiftly pulled a bag out of his pocket. Holding the window frame with one hand, he thrust his head into the opening and with the other hand spilled the contents of the bag into the building. White powder. Then he shut the window. At the moment we heard a great inhuman cry - a cry like a wail of a siren. It lasted about three minutes and then slowly faded away. The SS man jumped off the ladder and disappeared behind the wall." (a part of the chapter XII "White powder") "That night I dreamed that Katia, Stenia and the chief had formed a chain through which I tried to break. Behind them stood Zosha. She was pale, her hands were stretched out toward me. I could not get through to her. I awoke wet with perspiration. They were calling us for the morning roll-call. I was shivering and couldn't get up. Typhus? I rose with difficulty and went out of the barrack. My shivering grew more intense. I knew I was ill." (a part of the chapter VII "The Hospital") This publication is available in English, French and Polish