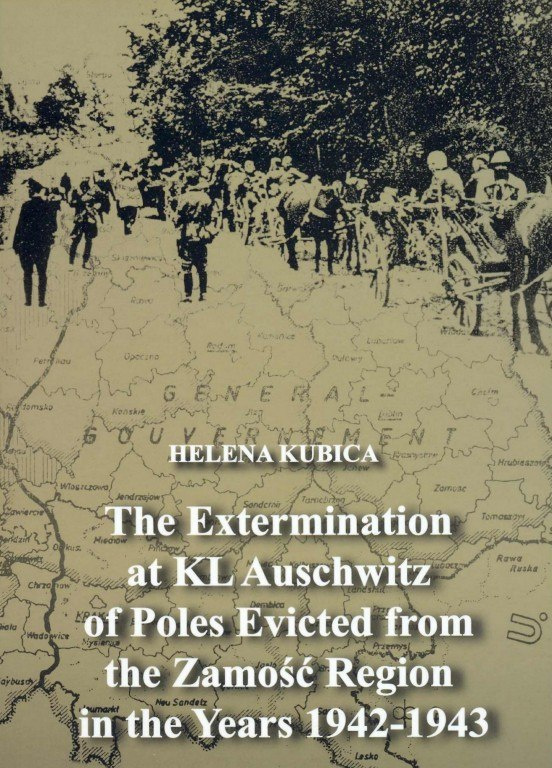 The book is devoted to the memory of the Poles whom the Nazis expelled from the Zamosc region. It concentrates on the fate of the people deported to Auschwitz concentration camp.

The book is devoted to the memory of the Poles whom the Nazis expelled from the Zamosc region. It concentrates on the fate of the people deported to Auschwitz concentration camp. There is a general introduction on the aims of the deportation and the way it was carried out. Tables with information on over 1,000 deportees list their names, dates and places of birth, occupations, and subsequent fates. The book also includes photographs, documents, and an appendix containing recollections by survivors. The tragedy that befell the population of the Zamosc region during the Nazi occupation was connected with the Third Reich’s plans for the germanization of the Polish eastern lands, which the Nazis regarded as “German living space” (Lebensraum). This policy was reflected in the General Plan East (Generalplan Ost) and envisioned the germanization, expulsion, and physical extermination of some 50 million Slavs (Poles, Russians, Belorussians, Ukrainians, and others) over a period of 20 to 30 years. German settlers would colonize extensive tracts of Central and Eastern Europe, beginning in Poland. The Nazis decided to begin the germanization in the “Lublin District,” of which the area traditionally known as the Zamosc region was a part. Next, the Germans intended to colonize more Polish territory and create a “German bulwark” along the Bug river, extending northwards to the Baltic countries. To the south of the Zamosc region, this “German bulwark” would run all the way to Transylvania, in Romania. The majority of the Jews living in the Zamosc region had already been murdered in “Operation Reinhardt,” mostly at the Bełżec death camp. The Poles living in the area were to be sent away to forced labor, with those classified as unfit being deported to the concentration camps, where they could quickly be eliminated. The Germans assigned 140,000 Poles for deportation.