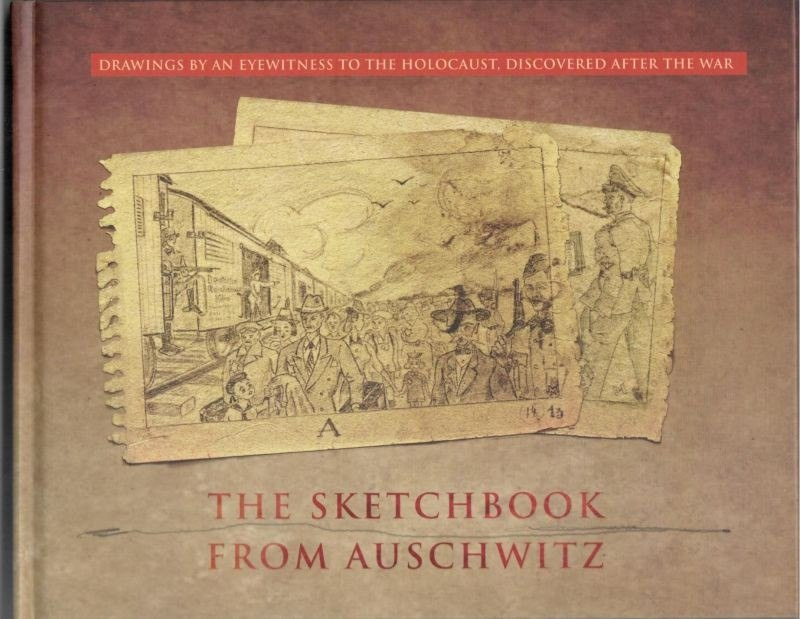 The Sketchbook from Auschwitz, preserved in the collections of the Auschwitz-Birkenau State Museum, is being published in its entirety for the first time.

The Sketchbook from Auschwitz, preserved in the collections of the Auschwitz-Birkenau State Museum, is being published in its entirety for the first time.

Former prisoner Józef Odi, who was then acting as a watchman on the grounds of the Memorial, found it at the site in 1947. The 22 pages were stuffed inside a bottle concealed in the foundations of one of the barracks of the Birkenau camp, not far from the place where gas chambers and crematoria IV and V were located. Most of the sketches were in pencil; some of them were tinted with ink or colored pencil.

To this day, it has proved impossible to determine who made the Sketchbook and signed it “MM.” There can be no doubt, however, as to the artist’s talent and courage. He endangered himself by committing details of camp life to paper; when it became clear that he could not go on drawing, he concealed his work. The fact that the last scene remains unfinished may be a hint that the Sketchbook was hidden in dramatic circumstances. We will never know why the artist failed to complete his last drawing. Might he have been transferred to another camp? Or could he have died tragically in Auschwitz, leaving it for someone else to conceal his work?

The Sketchbook from Auschwitz can be regarded as an exceptional work for several reasons. In the first place, it was made in the camp, where artistic depictions of the atrocities were strictly forbidden. The harshest penalties applied for sketching scenes from the lives of the prisoners or the people doomed to extermination. Second, it is the only series of drawings in the Museum collections that portrays the killing of the Jews deported to Auschwitz and the extermination of prisoners from the camp who were sick or who had been worked to exhaustion. Third, this Sketchbook contains the only depiction of the appearance of the so-called Old Jewish Ramp (Alte Judenrampe), the railroad platform where transports of Jews sent to their deaths at Auschwitz arrived from the spring of 1942 to May 1944.