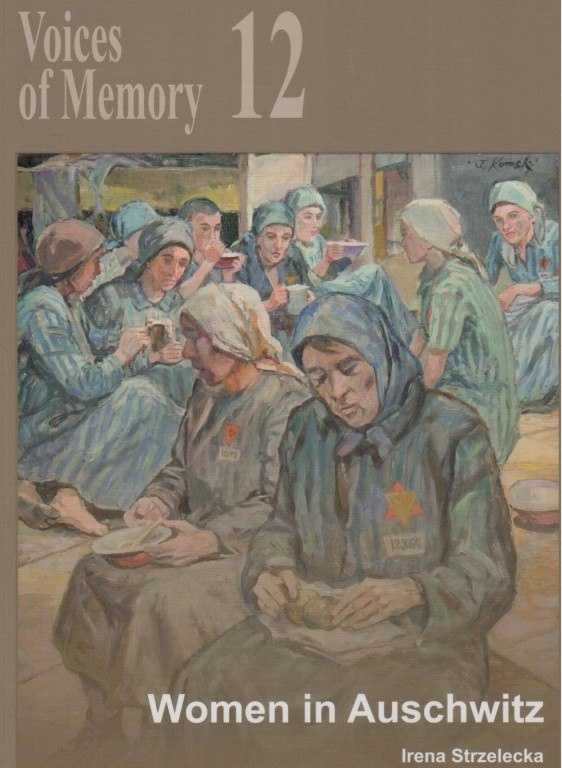 „Voices of Memory” 12 is dedicated to the women – prisoners of KL Auschwitz.

Women made up about 30 percent of the prisoners registered in Auschwitz: 82,000 Jewish from various countries, 31,000 Polish; 11,000 Roma and also: Russian, Belarusian, Ukrainian, French, German, Czech, and Yugoslavian. At the beginning woman were placed in Auschwitz I, then in Birkenau, in sectors BIa and BIb.

According to the introduction: „The former women’s camp, known in the Nazi nomenclature as the Frauenlager, is visible from the tower of the Gate of Death in Birkenau. Regular rows of brick barracks stand there, and rectangular concrete outlines mark the places where the wooden barracks were.”

The most extensive part of the book is the collection of accounts by the former prisoners divided into 10 parts: e. x. „Roll calls, selections”, „Labor”, „Punishment”, „Living, sanitary and quarantine conditions.” Especially important are the testimonies by survivors describing a tragic fate of woman in the camp: exhausting physical labor in the camp, selections to the gas chambers, starvation, diseases, beating and mistreatment, extremely poor sanitary conditions.

This publication is complemented with graphics (drawings by the former prisoners) and the documentation of the camp administration.