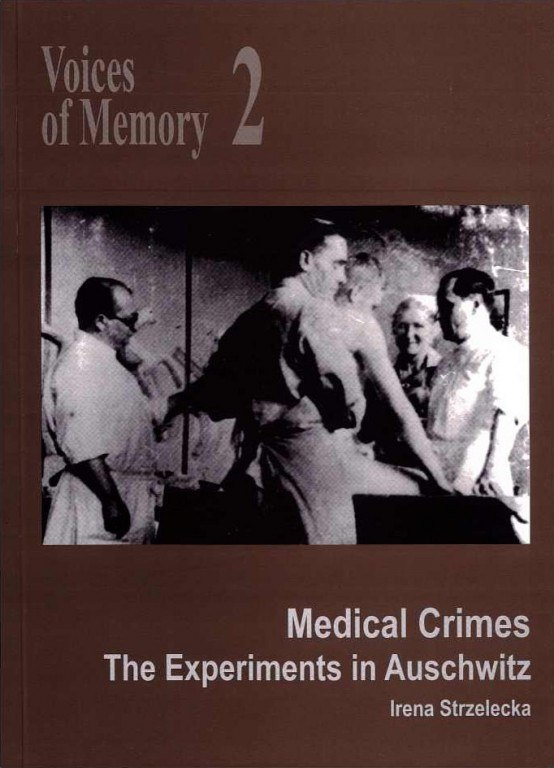 Irena Strzelecka wrote in her historical outline: 'The SS physicians serving in the concentration camps, among them Auschwitz, played a special role. Violating the Hippocratic Oath, they participated in the mass extermination of the Jews, carried out the selections of newly arrived Jewish transports, and oversaw the killing process. They sentenced the most seriously ill and overworked prisoners in the camp hospitals to death in the gas chambers or killed them with lethal phenol injections to the heart, and then deliberately falsified their death certificates. They carried out medical experiments on prisoners and made a mockery of the mediacal profession in a variety of other ways. By supporting the extermination programm in the camp, they earned themselves a place in history as medical criminals'. The volume includes 13 biographical notes of SS physicians who took part in the killing process in the concentration camps (Clauberg, Schumann, Mengele, Wirths, Kremer, etc.). There are also biographical sketches of the authors of memoirs, accounts and testimonies, and timeline of important events in the Auschwitz Concentration Camp.